‘Let’s give it a go’: What’s it like to buy your first pharmacy? 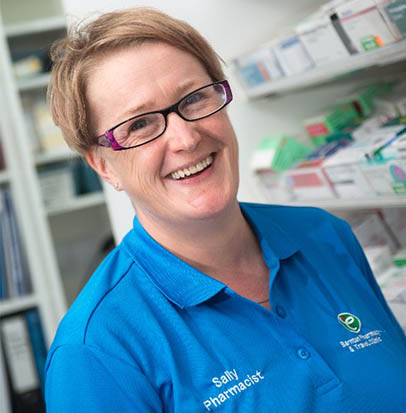 Sally Arnison had no plans to buy her own business. She and her pharmacy co-owner Leanne Carey “used to joke about it on nights out”, she recalls, saying: “Wouldn't it be great if we could do it for ourselves?”

When the contract for Barnton Pharmacy in Edinburgh became available eight years ago, “it was probably the worst possible time” as she had just had a baby, while Ms Carey was heavily pregnant.

“We thought, ‘let's give it a go, one step at a time’,” she says. “We proceeded with the bidding and raising funds, and haven't really looked back.”

Before the acquisition, she had embraced a range of roles across England and Scotland in a pharmacy career that began in 1994. These included working as a service development pharmacist at the National Pharmacy Association, as a GP practice pharmacist, and stints as a locum.

“But through all of that, I've decided that my heart belongs in community pharmacy,” she says.

After nearly eight years as a co-owner of an independent pharmacy, the most enjoyable thing about work is “being your own boss”, she says.

“If we've got a great idea – a service development that we want to try – we can knock together a proposal, see if it makes any sense, and have it up and running in a short period of time.”

Nevertheless, making sure that staff are managed effectively without the help of an HR team is not always easy. “Your staff are your greatest asset, but equally they can be the hardest part of the job, because you're grappling with other people's lives.”

So what’s Ms Arnison’s advice for a happy working life?

“If you don't like your current role, find another one! You spend an awful lot of time at work, so you've got to enjoy it.”

She recommends switching between working for independents and multiples, and getting to know other healthcare professionals in the area.

“Find out who your community psychiatric nurses are, who's involved in the primary care side of things, and who's doing the medicines reviews,” she says.

But the most important thing is a passion for patients. “It’s not always about the drugs; quite often the drugs are the last thing on their list. It's about finding out what matters to the patients.”

One of Ms Arnison’s work experience students captured this point of view when he told her: “I get it now, community pharmacy, you're in the people business aren’t you?”