The community pharmacist who teaches young people about recreational drug use 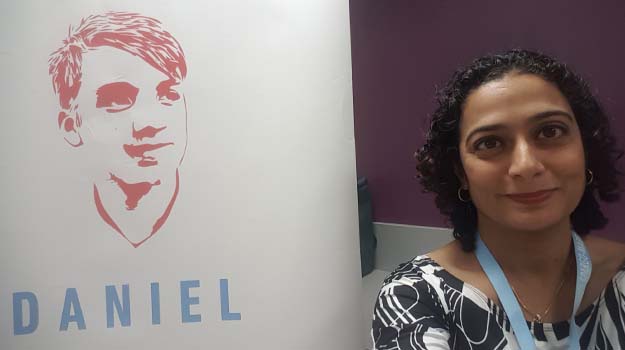 A venture into part-time work running drugs workshops in schools after years in pharmacy taught me some surprising lessons, says pharmacist Asha Fowells

The moment I decided I wanted to be a pharmacist, I knew my heart lay in community. A six-month pre-reg stint in hospital was interesting and gave me valuable insight, sure, but it was trying to help people improve their general health or lifestyle that floated my boat. After qualifying in 1998, I spent many happy years in community pharmacies as a pharmacist, manager and locum. I really felt that I was making a difference to my patients.

But last year, my belief in the importance of public health took a surprising turn. A friend posted an advertisement on social media for a job as a recreational drugs educator for the charity she works for. I read the description and realised that while they were hoping for someone with classroom experience who could learn about drugs before running workshops for students in schools and colleges – a large part of the work of The Daniel Spargo-Mabbs Foundation.  I thought the role would be suitable for someone with expertise in medicines and communication.

I got the job, and it has been one of the most rewarding things I have ever done. It can be tough – there’s nothing like standing on your own in front of a school hall packed with teenagers or their parents to make you quake in your boots – and when I do back-to-back sessions for an entire school day, it is incredibly tiring. But, with the unwavering support of the small, but perfectly formed, charity team, I find myself doing something that I believe is not only stimulating, but incredibly worthwhile.

A question I often get asked is whether we push a “just say no” message. The answer is no. The foundation’s evidence-based education programme is all about helping young people make safer choices. To me, it’s about imparting knowledge and planting seeds of thought, so young people can make informed choices when they are in situations involving risk, which of course is always the case with alcohol and drugs.

Did I ever see myself doing this? Not at all. Am I glad I took a leap of faith in an entirely unexpected direction? Absolutely. I’ll always be proud to call myself a pharmacist. There is no doubt that it gives me unassailable credentials when a surly teen asks: “So what makes you such an expert?” But I’m also honoured to be an educator of recreational drugs for young people.