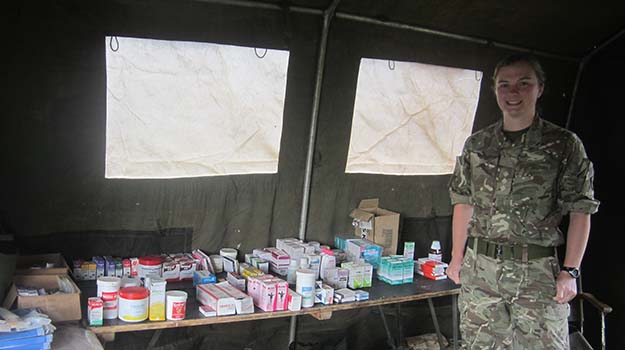 After working as a pharmacist on deployment in Afghanistan, Major Bex Heaton reveals how she found her way into the army

With a lot of time spent away from home, life in the army can be tough. But for Major Heaton the varying tasks of her position as a military pharmacist make a rewarding experience.

Major Heaton is part of one of four corps within the Army Medical Service – the other three being dental, veterinary and nursing.

She has used her professional skills on board a military ship, in community health engagement programmes in Kenya, and on deployment in Afghanistan and South Sudan. She supports both small medical teams, hospital set-ups and individual clinicians. 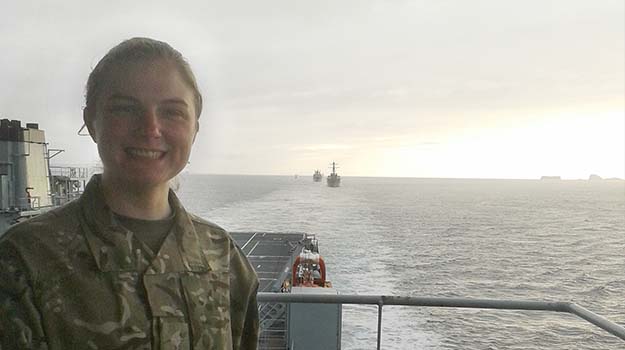 Major Heaton was inspired by the military as a teenager at school fairs, where the forces “had the most exciting career stands”, she says.

During her second year at university she applied to the pharmacy cadets, which would train her while supporting her education costs. After four days of assessment and an interview with a panel of five, she was successful.

She enjoys the variety of challenges, she says. As well as pharmacy, Major Heaton helps soldiers manage their careers, maintains her military skills and works in medicines logistics. All of these give her the opportunity to provide pharmacy advice in a variety of settings to a range of interesting individuals.

“Working with lots of different people enables you to learn new ways to approach situations and develop your own knowledge,” she says. “I try to take inspiration from all colleagues and apply them in my own career.”

One negative is the time spent away from home, but she chooses to look on the bright side; technology helps her to stay in contact with family and she has supportive colleagues, she says.

She says she has found her way to a happy working life. “Balance. Train hard and keep developing your knowledge, but remember to take breaks and look after yourself. Spend time with your friends and family.”

Pharmacist roles in the British Army can range from working in field hospitals, helping with logistics to ensure medicines reach bases and patients, and even strategic operations.

Major Heaton spoke at C+D’s London careers evening in September 2018, after which a pharmacy student attendee said she was “fuelled” to pursue a career in the army.