GP pharmacist: I owe my achievements to my supportive peers 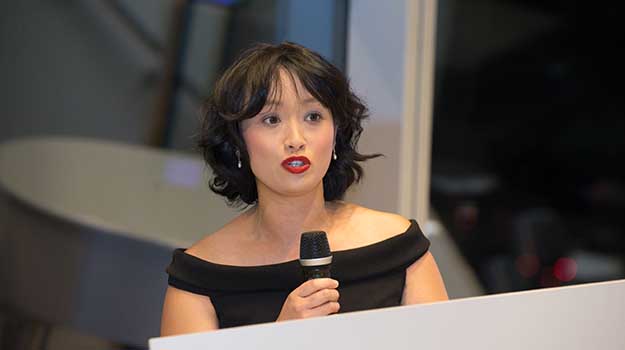 In an evolving pharmacy industry, Helen Kilminster says it’s essential to surround yourself with good people and adapt to the unexpected

Helen Kilminster is a pharmacist at The Surgery in Birmingham and head of clinical services at primary care services company Firza Group, as well as West Midlands lead for the Primary Care Pharmacy Association. But she says her career success is down to the people who have helped along the way.

“I am constantly surrounded by people who inspire me in lots of different ways,” she says, including nurses, academics, doctors, patients, family and friends.

In her first role in pharmacy, Ms Kilminster worked as a healthcare assistant at a Boots store at the weekends and during school holidays. The pharmacist there, Marianne Martin, inspired her to pursue a career in the sector, helping her grow from an “indecisive 16-year-old” into the person she is today. “I will always owe my achievements to her,” Ms Kilminster says. They remain friends and peers to this day.

Ms Kilminster went on to study pharmacy at the University of Portsmouth, graduating in 2003, before completing a clinical pharmacy diploma at Keele University in 2007.

As well as a current role as a GP pharmacist – which she began in November – she is also head of clinical services at Firza Group, a company that helps GP surgeries recruit pharmacists, where she supports pharmacists and pharmacy technicians to be “leaders for change”.

Her previous role, also as a GP pharmacist, was at Whiteacres Medical Centre in Malvern, Worcestershire, a position Ms Kilminster found “by chance”.

She had been working at her local GP federation in 2015 when NHS England announced it was  recruiting around 490 “clinical pharmacists” to work across 650 GP practices. Her federation secured funding for a full-time pharmacist in each of South Worcestershire clinical commissioning group’s 32 GP surgeries, but she says “the challenge was to convince 32 surgeries to employ a pharmacist”.

Whiteacres was one of the practices Ms Kilminster was working with – and it asked her to join them full-time. “I knew I could illustrate some of the possibilities of having a pharmacist integrated in the practice team,” says Ms Kilminster. Today, South Worcestershire has more GP pharmacists than any other area, she claims.

Ms Kilminster says the secret to having a happy work life is to always love what you’re doing.

“The moment you realise you don’t love or care for what you do, stop and think about how things could change to make working better for you,” she says. “Then work towards a solution. Never lose sight of your purpose.”

“Never stop learning and take opportunities to network,” she adds. “Pharmacy is evolving. Nobody can plan exactly for what lies ahead, but we can prepare ourselves for the unexpected by keeping a positive mindset and being ready to adapt.”