How I transformed my delivery service by creating an app 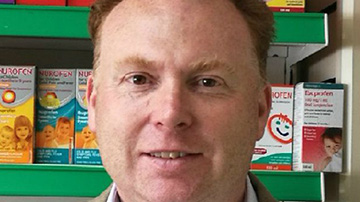 When Gary Jones of Borth Pharmacy in Aberystwyth, Wales, searched for existing solutions to his frustrations with his pharmacy’s deliveries, he found nothing – so he decided to develop one himself.

He asked a local developer to come up with an app that could show a map of the location of the patients who needed deliveries, and give the driver directions to follow.

He discovered “within the first week” that the benefits of the new system went far beyond planning an efficient route for the driver. He could also track deliveries – including recording when they had been made, and who had accepted them.

He described the efficiency savings as “massive”, and estimates the app has saved his pharmacy “£2-3,000 a year” by allowing him to cut the hours he needs to employ a driver each week, from 40 down to 26.

Mr Jones has big plans for the app, now that it is up and running. “My aim is to do all the things the pharmacy needs for day-to-day running,” he said.

The savings Mr Jones has made through the app have come in handy. “I’m putting all the money I made from [ProDelivery Manager] back into it,” he said.