How prison pharmacy prepared me for a hospital role 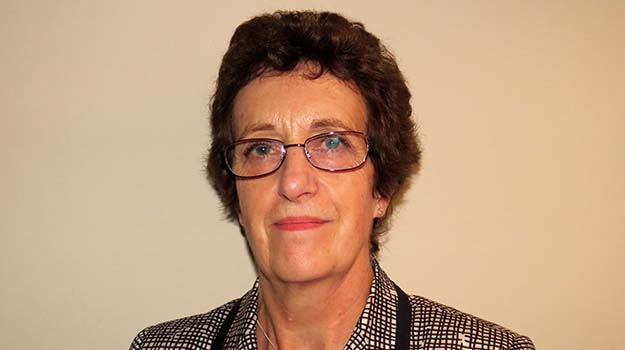 Ahead of her appearance at the Clinical Pharmacy Congress, Cathy Cooke reveals how her 40 years in pharmacy – including working in a prison – paved the way for her hospital career

Ms Cooke has accrued an array of skills on her route to becoming the pharmacy manager of the Emersons Green and Devizes NHS treatment centres last year.

Emersons Green is “a small hospital” near Bristol with a ward for in-patients, offering treatments in areas ranging from dentistry to urology. Ms Cooke tells C+D that when she arrived, she found there was “a steep learning curve”, but “once you’ve found your feet, it’s surprising what you know”.

Ms Cooke’s career began with a pre-registration placement in a Boots branch, after she graduated in 1975. She stayed with the multiple for over two decades, working in stores around Bristol as a manager, and completed a “stimulating” diploma in community pharmacy from Cardiff University.

“I very much enjoyed providing a community service – giving advice and helping patients,” she says.

She made the first of several professional leaps in 2002 – into a national prescribing centre, where she worked for two years as a medicines management pharmacist. Through supporting GP practices, she got a taste of working in multidisciplinary teams.

Bristol Prison approached Ms Cooke in 2004 to take the reins of its pharmacy, just as the NHS started to become responsible for healthcare in prisons. “It sounded interesting, I quite like a bit of a challenge,” she explains.

Being head of pharmacy in the prison involved “the same sorts of things” as in the community pharmacy sector, “with a bit extra”. She was working closely with doctors, nurses and other healthcare professionals, she says, and dealt with mental health and substance misuse issues.

This was good preparation for her current job at the Emersons Green centre, she adds.

“A problem with community pharmacy is the ability to work with multidisciplinary teams. If you work with other teams you can contribute more.” However, this is “changing”, she stresses.

Ms Cooke also boosted her clinical skills while at the prison by completing a prescribing course, running an asthma clinic, and achieving a certificate in the management of drug misuse.

After nine years, she exercised her deepened clinical knowledge through becoming the head of medicines management at Allied Healthcare in Birmingham, advising the home healthcare provider on medicines strategy, policy and optimisation. She remained in the post for four years, before a job in a hospital caught her eye.

At Emersons Green, her team includes another pharmacist, a pharmacy technician and a dispenser. They have a dispensary, but also provide services and stock to different departments, she explains. She gives pharmaceutical advice to doctors and nurses and is involved in most of the centre’s meetings.

Being surrounded by a supportive team is important for being happy at work, she says. “It’s about having colleagues to support you and being persistent – going for what you want to do and not giving up.”

There are “ups and downs” in her role, but Ms Cooke says she’s an “optimistic realist”.

“It’s the most exciting time for pharmacy since I’ve been practising, because of the opportunities that are there.”