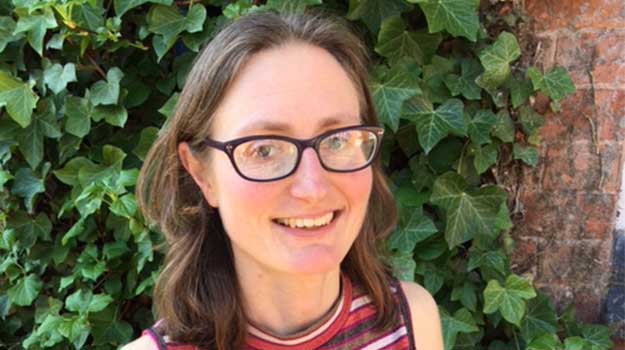 The rural “good life” contrasts with the corporate career she pursued for 14 years for a large multiple – which she’d prefer not to name – where she worked her way up to head of wholesale.

But a restructuring of the company gave her the opportunity to leave, and to take “charge of my own destiny”.

When she bought a former florists in 2009, she converted the premises into Good Life Pharmacy, and has been encouraging her customers to live healthy lives ever since.

“Everything I’ve done since has been about being my own boss,” she says. “I’d had lots of different roles in pharmacy, but not that many at the coal face,” she recalls. “I like to be flexible, to make things happen, and not just be tied to the dispensing bench.”

She likes running an independent pharmacy, because “I have the freedom to be involved in things that interest me”.

These include taking a diploma in veterinary pharmacy – she lives in a farming community – which included a placement in a local dairy farm.

Developing the careers of her 10 pharmacy staff is another source of satisfaction for Ms Fairbrother. “It’s great watching staff you’ve brought in teaching a new person,” she says.

Understanding patients as an independent prescriber

Ms Fairbrother is also secretary of Shropshire local pharmaceutical committee (LPC), as well as an independent prescriber at a nearby GP surgery. Each role helps her give a “better service” to patients, she says.

In her LPC role, she enjoys “making a difference to other pharmacists, to develop [and] support them in their roles“. You get to understand the bigger picture in pharmacy,” she says.

On working as an independent prescriber once a week, she says: “It’s so nice to actually sit down with, and talk to, a patient” – something she “rarely” has time to do in her pharmacy.

“Yes, you can do medicines use reviews [in a pharmacy], but as an independent prescriber you can change their medication. It’s such a joy working in a practice and being autonomous.

“It’s given me more confidence back in the pharmacy – I understand the language I need to talk with GPs,” she says.

“You never switch off”

But there are downsides to her roles too. The least enjoyable aspect of being a contractor is that “you never switch off”, she says. Even on holiday, she doesn’t stop thinking about her business. “It’s not a nine-to-five job – you do not stop.”

An aspect of her LPC role that can be challenging is trying to give other contractors answers about issues in the hands of government – such as the renegotiation of the pharmacy contract.

She is also frustrated that the independent prescriber role “hasn’t been developed yet and utilised fully within community pharmacy”.

“Funding for the independent prescriber role has been angled towards full-time pharmacists in general practice, which doesn’t recognise that a lot of people like me can only do one day a week,” she explains.

She strongly believes the NHS should enable pharmacist independent prescribers to carry out long-term condition reviews in community pharmacy, so they can make appropriate changes to patient care.

For those starting out in their community pharmacy careers, she advises considering what they are most interested in and getting involved, with the aim of improving pharmacy practice.

“As a pre-reg, I would write to the head of the organisation I was working for with ideas, and the bosses would ring me up,” she recalls.

“There’s no point sitting back if you want to make a change. If you have an idea that will benefit yourself and other people, then put it forward.”

“People tend to sit on their hands too much. Only you can change your working life.”