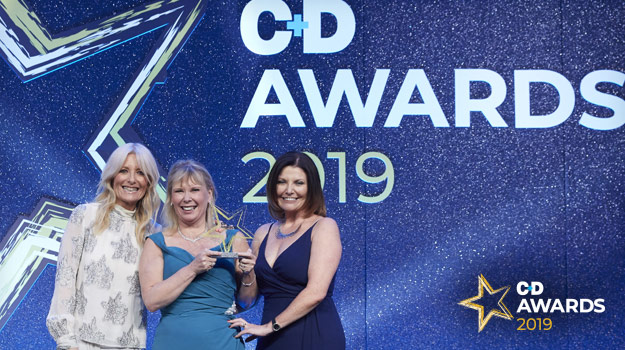 A pharmacy in Glenrothes, Fife has won a C+D Award following a 10-year overhaul that saw it transform into a service-focused health centre.

Cadham Pharmacy owner Bernadette Brown collected C+D’s Independent Pharmacy of the Year Award at a ceremony in London on June 7.

She oversaw a refit that culminated in a 2017 relaunch without any shelves, but offering a “huge” number of services.

Over a decade, the pharmacy saw its staff numbers boosted from five to 21, including two pharmacists.

The store’s gross profit margin has increased by 12% over the last four years, and it received an “excellent” inspection rating from the General Pharmaceutical Council for innovative practice.

Ms Brown said: “We have introduced a lot of technology to allow us to devote time to patients’ medicines and care.”