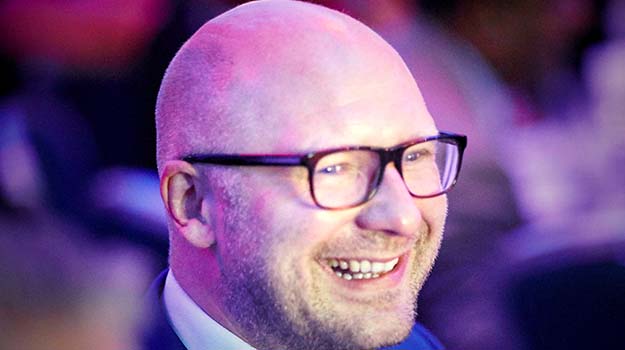 Gavin Birchall moved from leading a rapidly expanding pharmacy group to found a company that specialises in pharmacy branding.

Gavin Birchall didn’t aim to work in design. After starting out as a locum pharmacist in 2000, for the first 15 years of his pharmacy career he worked his way through a range of roles, from teacher practitioner at the University of Bradford, to a local pharmaceutical committee member in Central Lancashire.

It was not until 2013 when Mr Birchall’s “epiphany” arrived, he tells C+D. He was in a combined role as operations director, superintendent, and marketing director at independent group Medicx Pharmacy. In 2015 the group’s 21 branches, located from north-west England to London, were rebranded under Hub Pharmacy following a takeover.

“It was raining. It was dismal. It was deepest, darkest London,” Mr Birchall recalls. “Turning a corner there was a kebab shop. Except it wasn’t a kebab shop. It was actually the pharmacy we had bought – it just looked like a kebab shop.”

That was when Mr Birchall realised that some pharmacies have “a massive branding problem.” And therein opportunities lay. “Someone had to do something,” he says.

A year after the kebab shop epiphany, Mr Birchall began a Master’s degree in graphic design at the University of Central Lancashire. He claims his academic project, developing modern branding and marketing techniques in pharmacy, was the first of its kind globally.

He seems to have done something right. While he was working for the chain between 2008 and 2015, Medicx grew from two to over 250 staff, he says.

Improving the design and marketing at Medicx pharmacies helped achieve its “exceptional growth”, he said.

Even as Medicx was recognised at the C+D Awards, for Pharmacy Design and Clinical Service of the Year in 2010 and 2012 respectively, Mr Birchall still found that “the rest of society didn’t really notice the great work pharmacists were doing” and he had an “uphill battle” to involve stakeholders.

So Mr Birchall founded his own company in 2015, specialising in pharmacy-specific branding, called DOSE Design and Marketing.

DOSE has worked with some 40 organisations on designing new clinical services, developing websites and marketing campaigns.

“I see the work we do as a new area of pharmacy practice that will become more and more important as society continues to develop. People are waking up to this idea,” he says. His skillset means he can now “gradually make a difference to how pharmacy is perceived”, he adds.

“Pharmacy needs to be part of that, and I am excited about exploring the possibilities.”

Read C+D’s interview with Gavin Birchall before he founded DOSE in 2014.