Well’s head of digital: ‘Competitors watch out – we are on the case’ 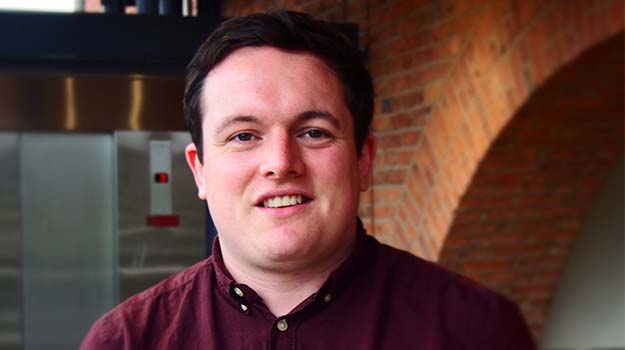 We are living through a “crucial” period for community pharmacy, according to Dan Sheldon, head of digital at Well Pharmacy. He is able to bring some external perspective, having joined the UK’s third largest pharmacy multiple in June 2017, after working to update the government’s digital strategy. In fact, he helped to found the current NHS website during his two years at the Department of Health, following a position as a senior technology advisor at the Cabinet Office.

Mr Sheldon says he is enjoying his task of moving Well “into the digital age” – the stated goal on his LinkedIn profile – although it took him some time to get used to the sector.

“We've been able to get stuff done, at speed – that make a real difference to our customers and colleagues.

“All this is in a huge business, which is remarkable given the snail’s pace most large companies move at. But it’s also great because we’re able to do things at scale.

“The secret? We've built a great team and given them the space to get on with it.”

Well launched two major digital initiatives in the spring of 2018: Eddie, a Viagra Connect subscription service and an app to promote its new online prescription service.

However, the pharmacy sector is far from perfect, and frustrations exist for Mr Sheldon, such as occasional “low ambitions”.

“Too often, I've found people in pharmacy unquestioningly accept the status quo. This has led to pharmacy being decades behind other sectors in terms of technology and customer experience.

“Why are things like long waiting times and common medicines out of stock accepted as normal in pharmacy? In retail, those things were driven out by competition years ago,” he explains. “Watch out – Well is on the case.”

Mr Sheldon’s motivation to upgrade pharmacy may be partly inspired by his time at the Government Digital Service, a unit of the Cabinet Office tasked with transforming the provision of online public services. He regards its head Mike Bracken as a one of his inspirations, for bringing the government “kicking and screaming into the digital age”.

Should you delete your email inbox?

Mr Sheldon says one radical step he takes to try and achieve a happy working life is delete his entire email inbox “occasionally”. He says: “If it's that important, they will call or email you again.”

He also advises “respecting people’s time” by “avoiding meetings if a quick chat will do”.

Digital competence is becoming increasingly vital in pharmacy, insists Mr Sheldon. He believes that “in a few years’ time it won't be acceptable for management to declare: ‘Oh I don't understand that IT stuff – that's beyond me’, in the same way that finance and HR are essential skills today.

“That doesn't mean pharmacists need to know how to program computers. But having a level of computer literacy that means you understand some of the fundamentals of how the internet and websites work will be an important skill.”

“Be curious,” he adds. “Don't just use apps, understand how they work.”