What are the secrets to a successful career at Lloydspharmacy? 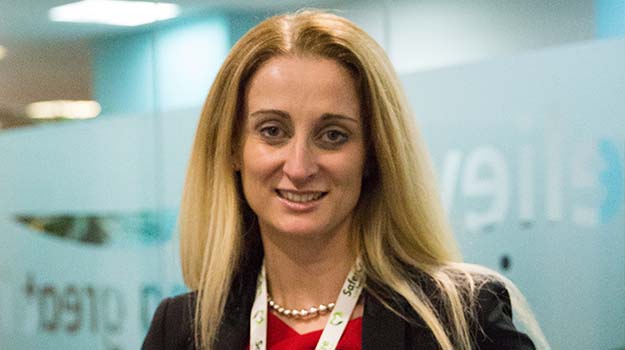 How did you find your way into your current role, as deputy superintendent and head of clinical governance and professional standards?

I graduated from Nottingham University in 1999, then I did my pre-registration placement in Lancashire in what was United Norwest Co-op, which at the time had about 90 pharmacies.

I did a clinical diploma in community pharmacy early in my career, which proved invaluable. While working alongside an area manager, I recognised I was quite good at sorting out problems, identifying risk, and that I really enjoyed developing talented people to support me.

I moved into the superintendent’s office of the United Co-op [which merged with the Co-op in 2007], and found myself on a learning curve like no other I’ve ever experienced. After that, I moved to Solihull in 2011, to take the role of professional standards manager at Lloydspharmacy.

In 2012, when the merger between AAH and Lloydspharmacy happened, Lloydspharmacy’s superintendent pharmacist Steve Howard created my current role. I looked after the professional standards team, but the role also incorporated clinical standards, customer services and a regional team of pharmacists.

What are the most enjoyable parts of your role?

I get very excited about recognising talent and developing people in the professional arena. I’ve been thrilled with the significant talent I’ve found at Lloydspharmacy, and I’m never precious when it is time for talented people to leave me and progress. A number of my team are now excelling at Superdrug and Well, which is fantastic.

What are the least enjoyable parts of your role?

The most upsetting situation is undoubtedly dealing with dispensing incidents. We all know that the very best pharmacists can make mistakes. How we support pharmacists through a difficult time can ensure that they continue their career.

I wouldn’t say a new legal defence against criminal prosecution has taken pressure off my team. We are dealing with healthcare professionals who have still made a mistake, or potentially a poor professional decision, and understand the consequences to that particular patient. While being very grateful that it is in place, I cannot say that the defence has eased the emotional impact of an error for our pharmacists.

Is there someone outside of the sector who has been a source of career inspiration for you?

I sit on the development board for Bowel Cancer UK, alongside some amazingly influential people who’ve been touched by the disease.

The president of the charity is Lord Norman Foster – his vision and desire to improve the future is awe-inspiring.

Patients that are diagnosed with bowel cancer have had symptoms on average for six months. In this time, all of those people will have accessed pharmacy services. At Lloydspharmacy we have been looking at ways of recognising and supporting these individuals.

What is the secret to a happy working life?

I ensure my team is rested and happy, to enable them to be fit to support our colleagues. I need to know that they are looking after themselves and have some escape from what can be some really tough situations.

My escape is sport. I’m a triathlete and get plenty of time to think about things when I’m out on my bike or pounding the streets. This year I’ve competed in Ironman races in Staffordshire and Weymouth, as well as the London Marathon.

What careers advice do you have for someone starting out in community pharmacy now?

My advice is to recognise and grasp opportunities – not everybody does those things. Equally, be good to do business with, and to work with. Then people will want to work with you!

Victoria Steele is speaking about community pharmacy practice on a panel at the Pharmacy Show on Monday, October 8.